SolidWorks World 2015: And So It Begins 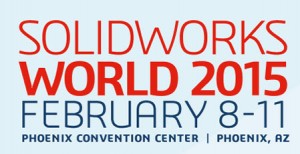 I have arrived in Phoenix for SOLIDWORKS World 2015!  In my short time here I’ve already run into some familiar faces.  There are SOLIDWORKS badges and  bags popping up everywhere and the SOLIDWORKS World buzz is starting to fill the air.  One of the best things about attending SOLIDWORKS World for me is catching up with people I’ve met over the 11 years I’ve been attending the conference.

This morning I had breakfast with John Matrishon.  John and Edson Gebo started the “Bacon Brotherhood” at SOLIDWORKS World last year and its still going strong.  I’m not exactly sure how to explain what the bacon brotherhood is but I can tell you how to join.  It’s really simple actually.  Take a photo of bacon and yourself (a bacon selfie if you will) and post the picture on twitter with #baconbrotherhood and #sww15.  It’s that simple.  Once tweeted you will recieve a bacon brotherhood tag to attach to your SOLIDWORKS World badge and an official bacon brotherhood card. 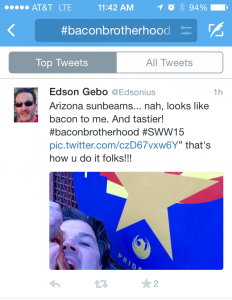 After breakfast I bumped into Todd Blacksher.  Among other things, Todd is a SWUG leader in Nebraska.  For the last couple of years Todd has been making some really cool “keys” that he hands out.  As a special effect, this years key’s spell SWUGN when you place two together.  Nice work Todd. 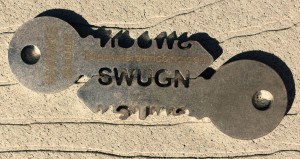 The pre-conference meet ups have been fun and its going to get better when SOLIDWORKS World 2015 officially kicks off today with the welcome reception at 5:30 in the partner pavilion.  As I write this I wonder what sort of content SOLIDWORKS World 2015 may have in store for us?  Of course there will be the official “stuff” you find on the website and agenda.  The general sessions will contain Keynote speakers, info about the changing of the guard from Bertrand Sicot to Gian Paolo Bassi, customer product and education spotlights, model mania winners, SWUGN awards, a sneak peek at SOLIDWORKS 2016.  These are all things you come to expect from SOLIDWORKS World.  There may be some “surprise” content however and that’s what I’m really talking about here.  I’m purely speculating but these are some things that I think will make a surprise appearance at SOLIDWORKS World 2015:

An update to SOLIDWORKS Mechanical Conceptual.  Its been a year since its release and I’m sure work has been done to the product.

The introduction of SOLIDWORKS Industrial Conceptual.  This product was mentioned at SOLDIWORKS World last year and should be ready for consumption this year.

Something REALLY BIG for SOLIDWORKS 2016.  Of course SOLIDWORKS will be updated for 2016 but I have a feeling we may see some larger than normal updates for 2016.

Richard Doyle with SOLIDWORKS painted fingernails.  This was talked about on Twitter and I’m wondering if Richard will actually show some painted SOLIDWORKS nails.

If you’re here in Phoenix have a great time at SOLIDWORKS World 2015.  If you can’t be at the conference you can watch the live stream.