SOLIDWORKS World 2016 is over.  This year’s conference was much the same as the previous 11 I have attended.  The keynotes, general sessions, overall schedule, events, software announcements, sneak peaks, etc, follow the same routine every year.  That’s not a bad thing, engineers love consistency.  It did have me pondering a question however, why have I attended 12 consecutive SOLIDWORKS World’s?  After some careful though and reflection I know exactly why I attend every year, why I have a great time and why I’ll be attending in the future. The answer is as simple as one word, people.

There were some things at this year’s conference that caught my interest.  Some are people related and some are software related.  I thought I’d share them here. 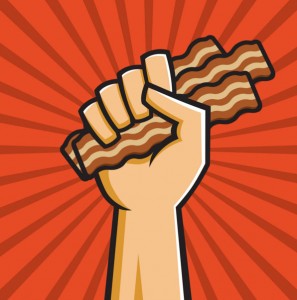 Dassault Systems announced SOLIDWORKS Xdesign.  There wasn’t a lot of information released and they would not give product pricing information.  They did show a demo video during the announcement and that’s what caught my interest.  SOLIDWORKS Xdesign is browser only based CAD software that’s built on the 3D Experience platform.  What does that mean?  It means the product is built on the same modeling kernel as SOLIDWORKS Mechanical Conceptual, SOLIDWORKS Industrial Designer and Catia.  In the past this has meant its compatibility with SOLIDWORKS is limited but rumor has it  Xdesign is supposed to have more robust compatibility with SOLIDWORKS. That remains to be seen but my fingers are crossed on this.  Xdesign is more of a multipurpose modeler rather than a specifically targeted modeler like SOLIDWORKS Mechanical Conceptual or SOLIDWORKS Industrial Designer.  In my opinion its a product that would be more likely in the future to take the place of the SOLIDWORKS we all know and love than the others mentioned previously.  That’s what interested me the most.  It’s browser based which is fine in my mind except for the fact that finding a “good” internet connection in my area can be a challenge.  I was disappointed they didn’t include pricing with the announcement and the pricing model will probably be the largest factor in the products success so I hope Dassault gets that part “right”.  Sign up for the SOLIDWORKS Xdesign beta here.

SOLIDWORKS Apps For Kids was also announced.  I have two boys aged 7 and 9 and I thought this would be a great product for them.  SOLIDWORKS Apps For Kids is basically a suite of apps that allows kids to capture data (pictures, sketches, video, etc), use that data to design something in 3D, create a presentation to show their design to others and 3D print their design so they have a real life model.  My kids (like most I’m sure) love video games, tablet apps and electronic devices.  My thinking, this is a way for them to use their electronic devices to have fun while learning at the same time.  Sign up for the SOLIDWORKS Apps For Kids beta here. 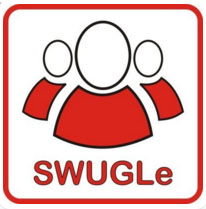 SolidWorks 2017 Sneak Peek
Every year at SOLIDWORKS World there is a peek of the next major release of SOLIDWORKS.  This year was no different and a Star Wars themed skit was used to show off some of the new features.  I’m not going to list them all here but some of the ones I took note of are.
Mirror Views:  Should be a great way to do “opposite hand” drawings.
Wrap sketches on to any face or multiple surfaces:  This one is long over due.
Magnetic Mates: Should make building assemblies of common “parts” super simple.
Shaded sketch contours:  Will make sketching easier on the eyes.

You can find a complete listing of the SOLIDWORKS 2017 features shown at World here.