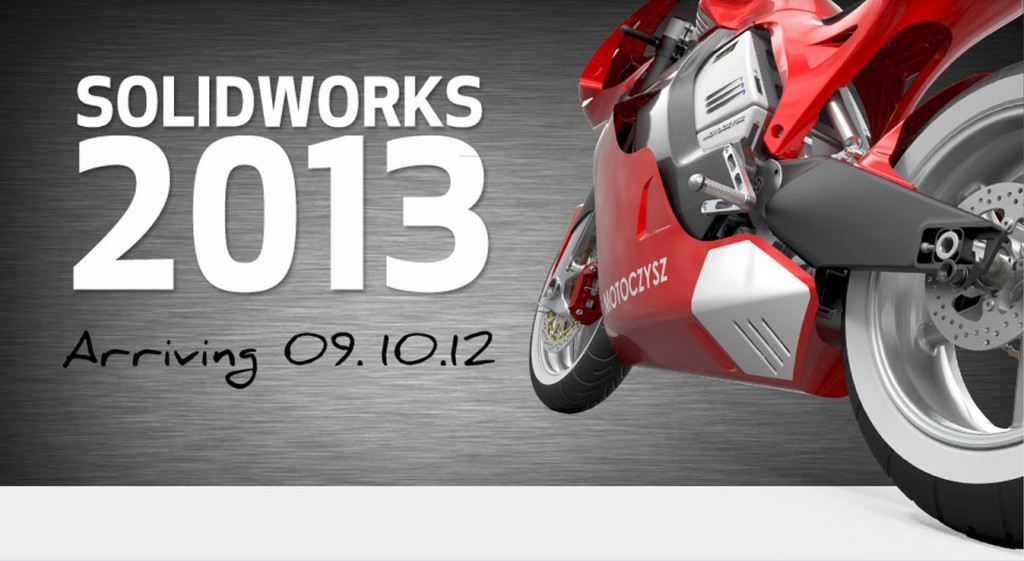 Last week I attended the SolidWorks 2013 Media Launch Event.  While there I was able to look at the new software, find out more about the “future” of SolidWorks product offerings and catch up with some old friends.  We’ll talk more about that in a bit.

Today is the day SolidWorks 2013 officially launches to the public.    If you’ve been waiting to see what SolidWorks 2013 has in store you can find a variety of information in the form of web pages, videos, etc at the launch site.   If you’d specifically like to see what’s new in PhotoView 360 2013 watch this blog over the next couple of weeks.  I’ll be posting some what’s new videos looking at the enhancements in PhotoView 360.

Now, a bit more about the media launch event.

The present:  The present talk consisted of corporate information mostly. Number of seats sold, quarterly performance, financials, etc.  I tend to zone out during these discussions since I don’t have much interest in them but I did leave with with one thing in mind.  SolidWorks is selling more seats of software now than it ever has and will finish 2012 with about 2 million licenses sold.  This amazed me because it seemed like it was only a few years ago everyone at SolidWorks World was cheering about reaching 1 million licenses.

The near future:  The near future talk was all about the SolidWorks 2013 release.  The bloggers were treated to a 6 hour in-depth overview of SolidWorks 2013.  There are some enhancements in there I really like.  Some on the modeling side but most of the ones that really stuck out for me are PhotoView 360 related.  Overall, I think almost every type of user will find something of use in the new release.  The enhancements are good solid upgrades and from my usage so far with 2013 the software seems very stable.  There wasn’t anything “radical” shown.  No sub-D or sub-D like organic surfacing and no direct editing tools.  It is disappointing not to see movement into these areas by SolidWorks but perhaps at some point in the future.

I did also expect to hear something about the SolidWorks Live Buildings product but there was no mention of it.  At SolidWorks World 2012 Bertrand stated Live Buildings would be ready in 2012, the end of the year isn’t far away so if it’s going to arrive it will have to be soon.  My fingers are crossed on this one.  I’d really like to see what they have been working on.

The far future:  The far future, if I can really call it that.  Far being within the next 8-12 months holds a few different directions for SolidWorks.