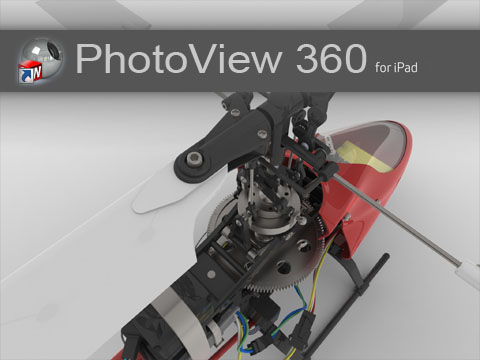 Unfortunately PhotoView 360 for the i-pad doesn’t exist ;(  I was thinking with the recent release of e-drawings for i-pad 3DS may be thinking of releasing more mobile versions of their software and if they are I’m wondering if Photoview 360 is on the list.  What do you think?  Would it be crazy to release a mobile version of PhotoView 360? Lets take a closer look.

Every so often I run into people who’d like to see the stand alone version of PV360 re-released.  If you can remember back to 2009 and 2010 PhotoView 360 was a standalone application.  It had no connection with the SolidWorks file, had a very minimal UI and was very easy to use.  It was light on functionality but if your goal was to make a good looking basic rendered image quickly it was the perfect software.  The same reasons users like standalone PhotoView 360 on their computers also makes it a good candidate for a mobile device.

Minimal user interface:  Mobile devices have limited screen real estate so it’s important their UI be as efficient as possible.  like the computer version the PV360 mobile version could have a minimal toolbar and flyout window housing the material and environment library.  Very similar to the e-drawings for i-pad app.

Easy to use:  In terms of ease of use for rendering applications it’s tough to beat PhotoView 360 standalone.  Load your file, drag and drop some materials, choose an environment and your finished.  Well almost, you still have to process the image and that’s the largest hurdle I think for rendering on an i-pad. 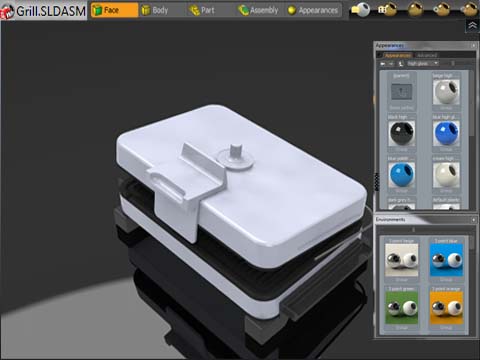 Performance:  We all know rendering software requires performance for the realtime updates as well as processing a final image. In the case of PhotoView 360 CPU performance is crucial.  The latest version of the i-pad has a dual core CPU.  For rendering power that’s not very performance minded but since the screen is small the realtime updates may be quicker than you expect.  Final render processing however would be a lengthy process.  Of course the next generation of tablets will no doubt have quad core chips and more RAM to go with it.

So, is PhotoView 360 for the i-pad practical thinking?  Probably not at the present time but the near future may make this reality?  What do you think?