The Retirement of PhotoWorks. 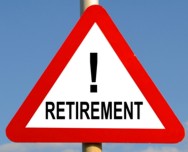 In a recent blog post Matt Lombard breaks the news about the retirement of PhotoWorks after the SolidWorks 2010 release.  This news probably doesn’t come as a surprise to most SolidWorks users since I think most expected PhotoView 360 to take over the SolidWorks rendering duties at some point.  The announcement really just gives us a definite date of transition from one platform to another.  I think the announcement is a bit premature since it will be at least twelve months before the change comes into effect.  The announcement brings about the perception PhotoWorks is dead and everyone should jump to PhotoView 360 as soon as possible.  The problem being, PhotoView 360 still doesn’t have a deep enough feature set to replace PhotoWorks and until it does a lot of users aren’t going to be able to make the switch.  SolidWorks is aware of this and that’s why we still have both options in SolidWorks 2010.

For me and I’m sure a lot of you this announcement actually raises more questions than it answers.  I had hoped SolidWorks would come forward and release some specific details of it’s plans for PhotoView 360 2011 but as of yet that hasn’t happened.  There has been some vague answers to user questions on the subject at the SolidWorks Forums but for the most part SolidWorks has remained quiet about the whole subject.  Makes a person wonder if the information Matt recieved was an honest mistake or a marketing tactic to get people thinking about the product?  Either way situations like this lead people to speculate on what’s going to happen and that’s exactly what I’m going to do here.  I’m going to list some of the questions I have about the future and then I’m going to speculate as to what I think the answer will be.

Question: Will PhotoView 360 2011 have full integration inside of SolidWorks or will it continue to be a standalone application?

Speculation: I think full integration will happen and I have a couple of reasons.  To have more control over appearances SolidWorks has always required you to apply them in SolidWorks and then transfer the appearances into PhotoView 360.  You can apply appearances directly in PhotoView 360 but you have limited controls especially with respect to mapping.  PhotoView 360 actually has complex mapping ability (from Modo) but it’s hidden to the PhotoView 360 user.  I think SolidWorks has dome this purposely knowing at some point in the future PV360 would be fully integrated in the SolidWorks window and there was no need to invest time duplicating functionality.  The only way to have Pv360 instantly adapt to changes in the Solidworks model without reloading geometry and appearance information is to have it run within the SolidWorks window.

Question:  When will we see an appearance system added to PhotoView 360 that allows for the creation and saving of custom appearances?

Speculation:  I think we’ll see this at the same time full integration into the SolidWorks window happens.  Again only for the reason of duplication of  features.  PhotoView 360 has the ability to create very complex appearances (from Modo) but exposing these to the user now would be a duplication of work if /when full SW integration takes place.

Question:  If PhotoView 360 does become an integrated product will we still be able to process a render and work in SolidWorks st the same time?

Speculation:  I have to think this is one of the most loved features of PhotoView 360 being a stand alone application and I have to believe there has been many a user that has expressed their love for this ability.  If it’s technically possible (which I think it probably is) I believe SolidWorks will find a way to make this work.

Question:  Will PhotoView 360 be able to create rendered animations like PhotoWorks?

Speculation:  I’d have to say, “yes” to this one.  There is no way SolidWorks would allow this functionality to disappear with the retirement of PhotoWorks.  I don’t know but I have to think this is actually just a matter of pointing Motion Manager to the new rendering platform to render out the frames.

Question:  Will we really have to wait until the 2011 release or will some or all of the currently missing functionality show up in 2010 service packs?

Speculation:  This is a tough one and I think it could go either way or we may see a little of both.  If the announcement was really meant to go public then I think most of the missing features will show up in the 2011 release with a few things appearing in 2010 service packs much like they have in 2009.  If the announcement was in fact an accident then I think you’ll see SolidWorks invest more resources and pack the 2010 service packs with PV360 functionality.

Question:  Will PhotoView 360 bring more advanced Modo like functionality to the world of SolidWorks rendering and animation?

Speculation:  I don’t think so.  Maybe on a small scale you see a bit of advanced features (like displacement mapping for example) but overall I think PhotoView 360 is meant to be a capable, easy to use rendering product that gives the beginner and intermediate rendering user the tools they need.  For more advanced work the logical step would be Modo and really if you need tools that advanced you’d probably want to move to an application outside of SolidWorks that works with a variety of file types and formats.

So there you have it.  These are the thoughts that have been running through my mind since Matt’s post about PhotoWorks retirement.  If there’s anything you’d like to add feel free to leave a comment.